For the Night: final part 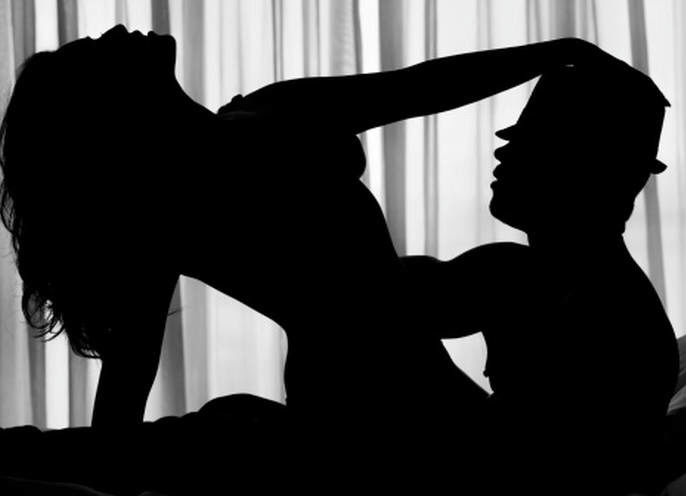 I almost started drooling at the site of him. Hard well-defined muscles on smooth mocha enriched skin glistened in the light. Looking him up and down, my body respond with me spreading my legs giving him a view of the pooling moisture between them. My eyes followed his hands as he unbuttoned his pants.

As they fell to the floor, I couldn’t help the notice the V that led straight down to his hard member. It was thick, long, and gleaming at the tip with pre-come. He was smiling when I looked back up at him, and I couldn’t help but smile back.

I didn’t have an answer to voice, he already knew. In a swift motion he was between my legs pushing me back to lay down. He spread them wide and began to give me soft kisses from my inner thigh slowly trailing to my pussy. Before indulging, he stopped and looked at me with feral eyes then began his feast.

Those slow swirls being placed upon my pearl had me purring like a cat. Teasing and sucking the clit right before he ferociously began eating sent me to the moon. It didn’t take me long to come, and when I did I’m sure the whole floor of the apartment knew.

I felt a little empty down there as he came up to kiss me, letting me taste the reward of his hard work. Quickly that emptiness was replaced with him entering me. He slowly eased in allowing me to accommodate the fullness. His lips were placed upon mine with his tongue seeking entry to yet another hole on my body. A pressure in my stomach began to build with those slow deep strokes and wet kisses.

His speed began to increase as I tightened around his shaft in hopes of bringing me to orgasm. It didn’t take long for me to explode and release a sea of juices onto him and his bed, but that didn’t stop him. No, he turned me around and placed me on my knees. I kindly arched my back before feeling him slam into me from behind.

He pumped away at me furiously with the sounds of our connecting flesh echoing through the room. His grunts furthered my ecstasy as another orgasm began to build. His movements became more erratic as he placed both hand upon my hips.

On cue, my body once again released, and my wails were met with his own as he came inside me. We both collapsed in a euphoric state entangled in one another. We looked at each other as we tried to catch our breath, then laid there till we both fell asleep with his sperm still spilling out of me, and the thought of this past work week long forgotten.

Previously: For the Night: part one

5 thoughts on “For the Night: final part”