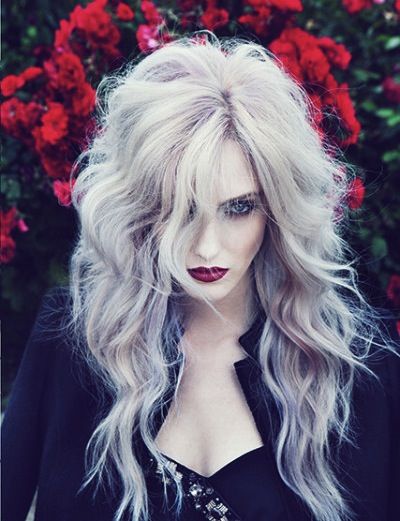 For most of my life I have been the type of person who always followed the rules. Hell I’m the type of person to never break the speed limit even on a highway. Living this way has caused me to become somewhat of a loner, yet I do have a couple friends who don’t mind me the way I am.

It’s getting close to my 30th birthday, and I often find myself evaluating how I lived up till now. I haven’t done anything like smoke weed or any hard core drugs. Even though my older brothers always tried to get me to drink I still didn’t have a sip of alcohol until I turned 21. Being called a stick in the mud never bothered me before, but as I age the wonder of whether I have been truly living has been at the forefront of my mind.

My friend Chris said I should get nipple piercings, while Nessa said I should get a tattoo. I’ve thought those things over, but I’ve never been one for physical pain. After a while, I decided that I wanted to smoke marijuana for the first time.

When I told Chris and Nessa this they jumped at the opportunity to provide me with a strain I should try since it would be my first time. They are somewhat free spirits and have tried everything you could think of, and knew exactly where to get it. During our conversation they decided to do it along with me since the first time can be a little intense.

So the next day after going out to eat and visiting several bars, we ended up smoking a couple of joints in my living room. Nessa said she got a strain that wasn’t strong so the impact of how I’d feel wouldn’t trip me out. She was wrong.

I didn’t feel the high at first. I just felt really relaxed and calm as we sat and watched a few movies. A commercial came on and I looked around to find both of them asleep. I thought to myself to go and get blankets, but I wasn’t able to get up. In fact, I really wasn’t able to move my body much.

Panic started to surge through me and tried calling out to wake my friends. No sound escaped my throat. Just before I started struggling to move the television screen went black. The sound of heels echoed through the room until a beautiful woman in a skin tight dress came to view on the screen.

She had golden blonde hair pinned up tightly into a bun at the top of her head. Green mischievous eyes stared at me as she smiled at me. You could see every curve of her body in the midnight blue dress. What really stood out to me thought were her red heels and lips.

The member between my legs grew hard as I continued to admire such a fine specimen. I was so overcome with desire that I didn’t notice her stepping out of the television screen. Before I knew it, she was standing right in front of me.

She didn’t say anything as I stared at her in awe. She licked her lips and stared at the obvious tent growing between my legs. She got on her knees in front of me before unbuttoning my pants and freeing me. I thought certainly this must be a dream so my struggle ceased.

She loosened her bun until her hair fell around her like a halo. Her bright white smiled hardened me even more. She grabbed my member and put me in her mouth. I couldn’t explain the ecstasy I felt as she sucked me off in ways no woman had done before. I lied there with my eyes closed just feeling her until I felt something odd.

I could tell that her lips weren’t on me like before, but something was still stroking me fully. I opened my eyes and my dick instantly died. She wasn’t using her hands like I had hoped. Instead her snake like tongue was wrapped around me pulling and tugging. Her eyes were no longer emerald, now they were crimson with slits down the middle. Her hair snaked out all around her as her faced creased into a frown showing her smile which held thousands of sharp teeth.

Her bewilderment must have been because I was no longer hard, and my struggling had begun again. My friends were on the side of me sleeping, and I still couldn’t speak.

Furious at my reaction, she recoiled her tongue and grabbed my penis. She bit into it. Hard.

That’s when I let out a blood curdling scream that woke my friends.  Yet, she was no longer there and my pants were still on. They asked me what was wrong, but I ended up telling them it was a bad dream. After convincing them that it was ok, I went into the bathroom to piss. That’s when I noticed the bite marks.